Skip to content
the home of great gear reviews 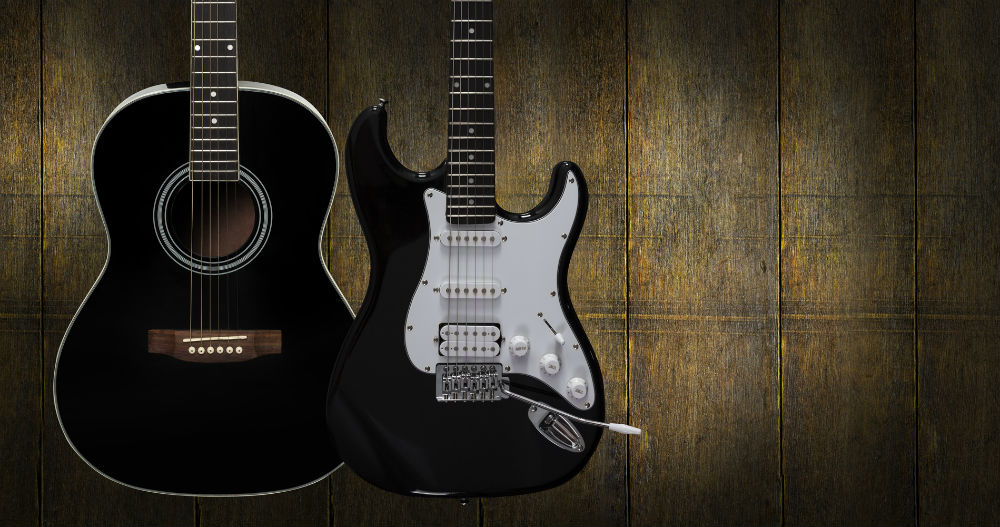 New guitar players who want to learn how to play the guitar usually ask themselves which is better to learn on, an acoustic or an electric guitar?

Although both of them are guitars, each has its own traits that are lacking compared to the other. Because of these, there are certain advantages and disadvantages with regards to learning on either of the two. In general, most people begin on an acoustic guitar mainly due to the fact that when buying an electric guitar you also need to buy an amplifier which is an added cost.

An acoustic guitar produces sound by transferring the strings’ vibrations in the air. Sound is created when the sound waves that come from the strings of the guitar resonate through the body.

Pros of using an Acoustic Guitar

Cons of using an Acoustic Guitar

An electric guitar, in order to produce a sound, uses a transducer which senses the mechanical vibrations from stringed instruments.

When the strings are plucked or strummed, the movements produce signals by giving out small electric currents in the transducer.

The electric current is carried through a series of wires and cords until it reaches the amplifier where it undergoes another process until a louder version of the signal is produced by the amp’s speaker.

Pros of using an Electric Guitar

Cons of using an Electric Guitar

Overall, regardless of your choice practice is needed to get the best out of your purchase. Constant use will get you familiarized with the instrument you choose.

5 steps to becoming a better guitarist

5 steps to becoming a better guitarist

Get all latest content delivered to your email a few times a month.